Brandon had known there had to have been a downside to it when Luigi sent him to this shady neighborhood in the middle of the night. He’d driven for miles and miles, nearly missing the right exit altogether.

Then — right after he’d finally made it through the tunnel — the darned truck broke down. A brand new ride at that! Or so Luigi had him believe when he’d tossed Brandon the keys.

What a relieve he’d found a garage nearby!

“Sure, I can fix that,” said the mechanic wiping her hands on a threadbare cloth. “Might take a while, tho.”

Other than that she wasn’t very talkative, but he didn’t mind as long as she got the engine running again.

Now, why wasn’t Luigi answering his cell?! All Brandon ever got was a voice message claiming ‘the person he’d called had gone fishing’. Say what? “That stinks!”

Brandon sure hoped he’d find a decent bar around this back alley of LINC City. He’d make sure to double his fee, too. 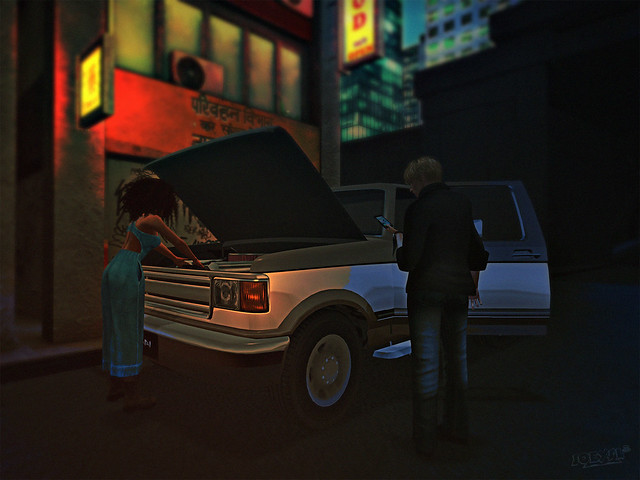