Okay, okay, then let’s pretend Chapter 24 Part 1 was really Chapter 24 all along. Next up: Chapter 25. Nothing to see here! Move along!

After rappelling—or rather clunking—down the cliff, Abbida desperately needed a break, and from the looks of it, the others felt the same. They settled down at the foot of the mountain and Abbida pulled her dank clothes from her satchel. Spreading them over patches of meager grass she hoped they’d dry at least some before she had to wear them again.

Lian didn’t look too well. She’d made it look easy earlier, but the exertion must finally be taken a toll on her. Sitting cross-legged, shoulders hunched, she pulled out her med kit and gave herself another shot. Watching her, Li Xiao took a deep breath, but didn’t say anything. He sat with his back to the mountain and, munching on a ration bar, gazed off into the distance.

Abbida still didn’t know what to make of him. Though it probably didn’t matter now. Inevitably, they’d say their good-byes and that’d be that. She regretted not having more time. For what, she couldn’t say.

Abbida groaned. Her limbs were heavy as lead.

Li Xiao made no move to get up. His face an unreadable mask, he said, “The Guard will be here soon.”

So this was it, Abbida thought. Frowning, she raised a hand to shade her eyes and gazed into the sky. Would they be flying in? “Do you even want to go back?”

Startled, his gaze locked onto hers. “Where else would I go?”

“He has no say in that,” said Lian. She packed her med kit back. “A member of the Five Grand Families can’t just walk off into the wilderness as he pleases. If things were that simple…” A wistful look crossed her face.

Abbida sucked in her lower lip. Li Xiao mirrored her unwittingly, and her breath caught, heat rushing up her cheeks. There was an awkward silence, then suddenly he jumped to his feet. “If the two of you won’t get out of here, then I will. I am not going to rat you out on my own free will, but I can’t keep them from drugging me to force out the truth.”

Abbida flinched. She could easily imagine Colonel Guo doing that.

Groaning, Abbida reached for her clothes. They were still damp, but she had to make do. Facing away from the others, she slipped off Li Xiao’s jacket, and pulled on her own stuff. A thought crossed her mind, not for the first time, while she fiddled with the buttons: they were going, yes—but where? Fighting back a sudden feeling of hollowness, she muttered, “I wonder how things are back home.”

“All prisoners should have been carted off by now,” said Li Xiao.

“You mean you won’t!” She licked her chapped lips. What in the world was she supposed to do next? Up until this point she had let herself be pushed forward by the events, disregarding the dangers—and at what price? Her recklessness had cost her best friend’s life. Biting back tears, she wrapped her arms around herself. She didn’t believe in vengeful gods, but old Mandras would surely have a lot to say about having sinned against the village…

She took a quivering breath. “I am going to free them.”

“Says who?” she countered. “To this day your people made an easy job with us. It’s about time we fought back.”

“But that’s suicidal!” All pretense of indifference forgotten, he reached out as if to hold her back physically. “You don’t even know what you’re up against!”

“Oh, I do! I was there when you burned down our village, remember?!”

He flinched, but she pressed forward, “We’ve been so submissive, nobody is going to anticipate a rescue mission.”

“That was before you and your friend went ahead and kidnapped me! Along with a prototype of the newest fighter class. They will reckon with you now.”

“But she’s got a point,” Lian said, a glint sparkling in her eyes. “Seizing a lucky chance is worlds apart from dropping in on a heavily guarded base station.”

“Exactly, Huang Lian, ‘heavily guarded’ is the key phrase here!” He threw up his arms in exasperation. “You can’t possibly think that would work! Didn’t you say you wanted to join the star colonies? Why don’t you just do that? Now that freedom is right within your grasp why risk everything for complete strangers?!”

“Because they’re not strangers anymore!” Lian said, grabbing Abbida’s shoulders with both hands. “She could have left me behind in the jungle where the Guard would have found me sooner or later—but she didn’t! She came back to help me and tended to my wounds. I owe her!”

“Besides,” Lian added, “we need the communicator. If we make it into the ground station—we could hit two targets with one blast.”

“The only two targets will be you and Abbida.” Li Xiao rolled his eyes. “Either way, you shouldn’t be telling me this.” He crinkled his nose.

Suddenly, Abbida felt self-conscious. She was well aware her clothes ranked. She’d been wearing them for days and been crawling through filth, mud and rubble more than once. The fibers were caked inside and… She froze. A crazy idea was forming in the back of her mind, and before she could dissuade herself, she blurted, “Will you help us?”

He gaped at her. “Didn’t you hear what I just said?”

“I heard you argue with Lian last night! You said she was crazy for even trying to escape because she’d be apprehended and punished. But, is that the only reason? Would you want to run away if it was possible?”

Li Xiao turned pale. Once, twice he made as if to speak, finally, he growled, “Even if I wanted to, I can’t go with you. I am a wandering target.”

“But you wouldn’t have to come with us right away! Actually, we could use some eyes and ears inside…”

As soon as she said it Li Xiao’s face clouded over, and she realized she’d made a mistake. Scowling, he took a step back and hunched his shoulders in a fighting stance.

Li Xiao’s ears were ringing. So that’s what they’d wanted from him all along! He should have known that’s what you get for collaborating with the enemy. They took him for a spineless bastard who would stab his own people in the back—his brother, his homeland! Hot shame raced through his veins and his view narrowed. He might be an incompetent soldier who let himself be kidnapped, but he was no traitor!

“I have pledged an oath of allegiance,” he gnarled, glaring at Huang Lian. “You know, you almost had me fooled! All this treacherous talk about star colonies and what not—were you trying to turn me? Of all people you should know better!”

“Everything I said is true,” she hissed. “You can’t possibly approve of this campaign!”

She was right, he didn’t approve, but that only meant that he was going to set things right once he got back. He was not going to turn his back on his people! In his weakest moments he might have envisioned a life away from it all. Somewhere on this vast, lively planet. But those were daydreams, nothing more. If he acted on them, he’d be no different than those rebels of the Dikang.

Warily, he watched Huang Lian. She had changed position to stand between him and Abbida, her hand hovering over the blaster in her holster. He’d seen her in action before. Even with her injuries, armed as she was he didn’t stand a chance from this distance.

“Are you going to add murder to your list of crimes?” he said, growling.

She retreated, but Abbida round-stepped her. “No! This is not… Don’t you understand? I need to find out where my sister and friends are being kept, my neighbors,” she pleaded. “I know I’m asking a lot. But you and Lian—you’re my only hope now!”

“What about Huang Lian’s family? Have you ever considered the consequences for them?”

“Don’t you dare drag my family into this!” Lian snarled. “That’s my decision to make, not Abbida’s.”

“Nobody is supposed to get hurt,” Abbida croaked, wide-eyed, and Li Xiao’s chest constricted.

“That’s so damned naive!” he yelled. “Of course there will be casualties. Very likely people will get killed!”

Abbida bit her lips, and she looked so vulnerable, he found himself wanting to smooth the worried creases from her brow. By all the stars—was he insane?!

“No! I don’t want to hear any of this. Huang Lian may have her reasons to help you, but I am the Haodang Long’s brother. His successor! I have been groomed for that position from birth on. I am not going to turn against my homeland!”

From one second to the next, her vulnerability vanished. “What about my home?!” she yelled, eyes gleaming. “You people invaded my village! Kidnapped my neighbors—my sister! You destroyed everything, my village hardly exists anymore! You might as well have killed us all!”

She surged forward, close enough to touch him, tilting back her head to glare at him. Faster than his eyes could follow, she pulled Huang Lian’s nano-blade and forced it into his hand. “Go ahead, finish it!”

Thunderstruck, he didn’t know how to react.

This girl was an active volcano! While his instincts were pulling in opposite directions—fight or flight?—he heard a safety-lever snap, and Huang Lian sidestepped him, aiming straight at his face.

“Wait!” he cried, dropping the knife as if he’d burnt himself. He kicked it away and threw his hands over his head. “I’m not going to hurt her!”

Head spinning, he breathed carefully, never leaving either of them from his sight. Abbida’s shoulders slumped. All expression drained from her face, as she turned away. She picked up the nano-blade and his jacket. For a moment he thought she was going to keep it, then she tossed it at his feet.

So this was it.

Despite everything, he hadn’t anticipated their good-bye would be like this, and he was more confused and conflicted than he cared to admit. Suddenly his mind and body felt numb. Not heeding the blaster that was still pointed at him, he turned away and hunched down, leaning against the foot of the mountain. He lay back his head and squeezed his eyes shut.

He wasn’t going to move until the Guard arrived.

A moment later he heard Huang Lian trekking down the slope. Abbida followed more hesitantly. He couldn’t resist and risked one last glance.
As if she felt it, she looked over her shoulder and their gazes met. From the distance he couldn’t read her expression, but something inside wouldn’t let him look away. The ground he was sitting on, the mountain in his back, even the sky seemed to recede until there was only him and her and this inexplicable feeling of loss.

Abbida hesitated another second, then she turned around and jogged after her. They rounded a slope and were lost from sight.

Alas, I have bad news. I don’t know how to make this easy, so I’ll just give it to you straight—we’ve reached the end of Book 1! (Awwww!)

I will post a short Epilogue some time next week. And as I’ve mentioned now and then, I am working on Book 2. So the Rebellion will go on!

After this I will return to blogging all kinds of things that cross my mind, writing-related or not. I kind of miss that, too 🙂 Stay tuned. 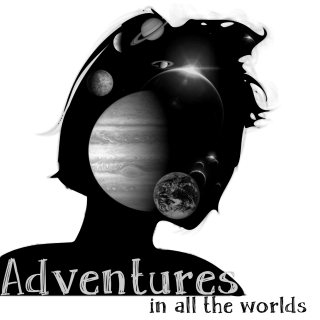 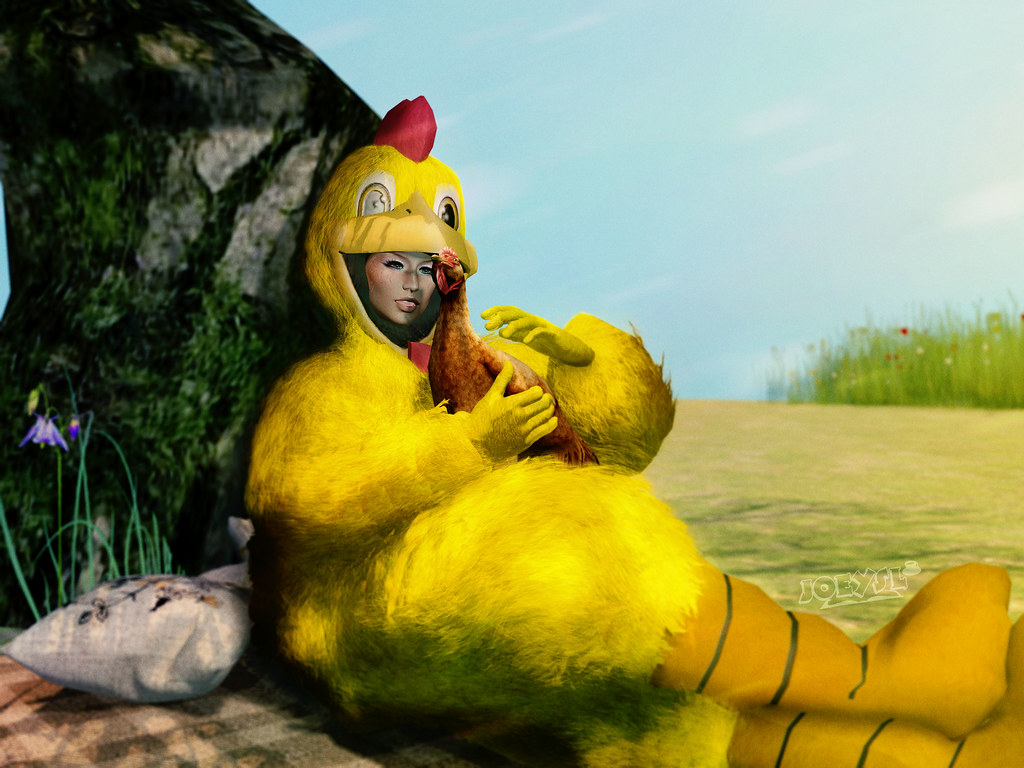